During the Cold War, around 1960s, Nikita Sergeyevich Khrushchev (the premier of the Soviet Union at that time) boasted off in front of the Western nations by announcing that his nation has ships that could jump over the bridges.

At that time, Russian engineers, led by Rostislav Alexeyev, were developing a hybrid version of aircrafts and ships that used “Ground Effect” as its major working principle. This hybrid vehicle was named “Ekranoplan” (roughly translating to mean for “screen plane” or “low flying plane”). These types of vehicles are also known as Ground-effective Vehicles (GEVs), Wing-in-ground-effect (WIG), Ground-effect crafts, Screen planes, and Wing ships, etc.

Ground Effect is a phenomenon where the air gets compressed due to the wing’s proximity with the ground and that leads to the creation of an air cushion under the wings. This results in a reduction of the aircraft’s drag and at the same time, produces additional lift. To achieve this effect, Russian engineers developed a type of under-water set of wings and configured them on the upper portion of the ships.

Ekranoplans were conceptually an improvement over then existing hydrofoils, wherein the under-water wings were removed and fixed on the upper section of the ship. When the Ekranoplan was made to run at sufficient speeds, these wings lead the vehicle to be lifted above the water due to the Ground Effect. This design, in turn, not only lead to the reduction of friction caused by the water on the ships, but also allowed this hybrid vehicle to hover over the water.

The Tech Behind the Machine

·         In 1972, “Orlyonok”, aka the A-90, was introduced by Rostislav Alexeyev that was an amphibious version of the ground effect vehicle. It was able to cover the Caspian Sea from one end to the other in around 1 hour and could accommodate 200 fully armed marines along with two floating tanks (APC, IFV) and their crews on board. It had the ability to hover around 200 meters above the water surface.

This beast of a vehicle could reach speeds of around 500 km/h and had a range of around 2000 kms. Lun’s maximum take-off weight was 380 tons and was equipped with eight NK-87 gas turbine engines to help achieve its flight. Lun was also fitted with six Soviet “Mosquito” anti-ship missiles (the most modern and advanced missiles in the world at that time).

Although they were called Mosquitoes, but they were quite fast and could travel at supersonic speeds (2,500 km per hour). These missiles could travel fairly close to the sea surface (around 5-7 meters above the sea surface). Its ability to travel close to the sea surface made them difficult to detected and intercepted by anti-missile installations. Only a single Lun was ever developed and though it was a beast of an invention for battle combats, it was only floated out once on July 16, 1986, and had been lying stranded off at a beach in the Caspian Sea since then.

The different phases of Ekranoplan production all over the world can be seen below in the timeline: 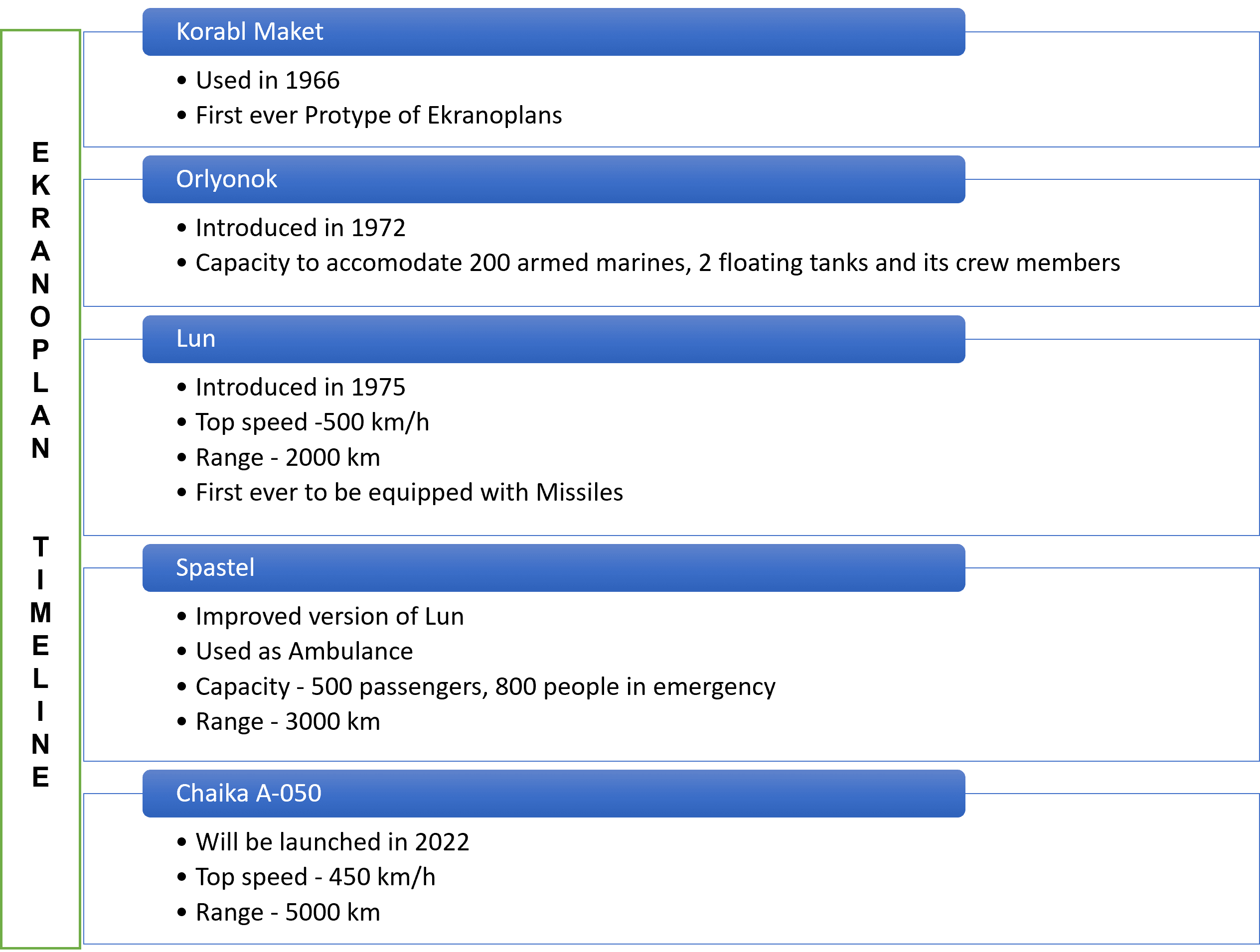 The Ekranoplan Project could not survive the change in the military top brass, the political leadership, and the global atmosphere. With the disintegration of the USSR, the project was finally put to rest as it was now deemed expensive and unnecessary.

The working of an Ekranoplan is based on the wing configuration and its placement. Ekranoplans can be equipped with different types of wings having different configurations. Some of them are as follows:

Reverse–Delta Wings were developed by Alexander Lippisch. These types of wings are configured such that the platform of the craft have wings with low aspect ratio and the wings are anhedral and have forward sweep. Its tail has a lesser area as compared to the ram wings. These wings allow stable flight in ground-effect through self-stabilization.

Tandem Wings  have two wings where one wing is positioned behind the other. The crafts with these types of wings had limited stability, low seaworthiness, and high take-off speeds. Tandem Wings can have three types of configurations: – 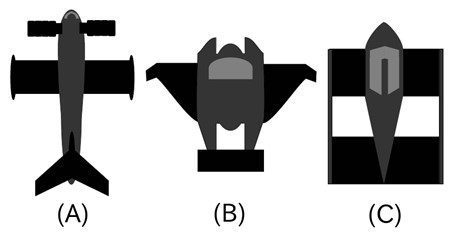 Reasons of halt in Ekranoplan production:

Ekranoplans were introduced by Soviet Union in the year 1966 and were used till early 1990s. Some developments and improvements were made to introduce new models of Ekranoplans over this period. However their use and production was halted by the Russian Government due to its unusability at the time.  Some of the reasons for the same are as follows:

We’ve constantly identified the value of new technology carried out by our pretty skilled executive crew with backgrounds as our professionals. Like the IP professionals we empower, our starvation for development is never-ending. We IMPROVISE, ADAPT, and IMPLEMENT in a strategic manner.
TT Consultants offers a range of efficient, high-quality solutions for your intellectual property management ranging from Patentability Search, Invalidation Search, FTO (Freedom to Operate), Patent Portfolio Optimization, Patent Monitoring, Patent Infringement Search, Patent Drafting & Illustrations, and much more. We provide both law firms and corporations in many industries with turnkey solutions.
Contact Us
Tags: Ekranoplan: The Airplane-Ship Hybrid
Share Article
Copied
Previous ArticleContinuation Patent Application Vs. Continuation-In-Part
Next ArticleDistinctive Features of EP Patent Laws