Can I Sell a Product Without a Patent?

Home / Blog / Intellectual Property (IP) / Can I Sell a Product Without a Patent?

When you innovate something or you have a product idea, the first thought is to protect the idea by getting a patent from the patent office. The patent provides legal protection to your idea/ invention. Once an idea or an invention is patented, no one can use that invention without your permission. However, getting a patent is draining process. The conventional patenting process will require a lot of documentation, time, patience and money. Trust me! It’s not an easy process! Here you face a difficult conundrum that, can you sell your product without a patent, or do you really need a patent?

Licensing a product/ invention means acquiring the rights to manufacture and sell products. The licensor of the product must pay a royalty fee to the person who originally had the rights or the inventor. Product licensing includes an agreement between a licensor (owner of an Intellectual Property) and a licensee (company).

There are ample number of companies that have money, and they are ready to collaborate with you. If you have strong invention, you can license your invention to such companies to make money. Many people approach such companies for licensing their innovation. Some have good ideas, while some don’t. To be assured that your idea gets selected, you must have good presenting, marketing, and negotiation skills. 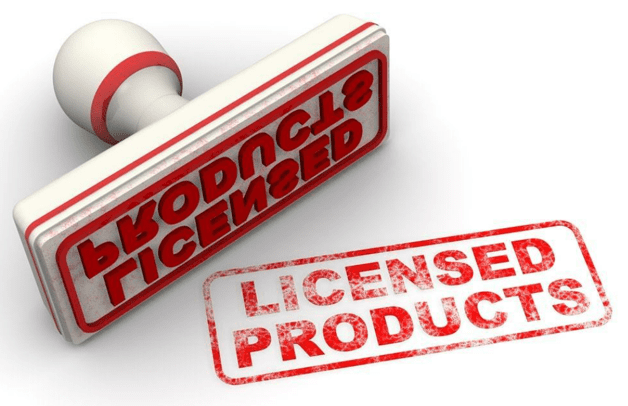 You can also contact intermediary firm which act as the “middlemen” to license your products to companies in lieu of a percentage of the license or a fee. They have good inside knowledge and connections. They can present your idea to the right audience.

There are various steps that you must take for licensing your product. First, you will require your product physically which you can showcase to companies. Although you can get good quality drawing/ images of your product/ invention with a confidentiality agreement, a real physical product is preferred because it is more presentable. The second step for licensing is getting your product protected such as with a patent-pending. You can licence your product without a patent pending status, but your chances of selection get increased if you have one. Next, once your idea gets evaluated you need to have a high-quality summary of your idea/ product for presentation.

It is a simple, faster, and cheaper process than classic patenting process. Instead of applying for a full patent you can simply apply for a provisional application. It provides the same legal protection but for shorter time i.e., 12 months. In this period, you can try to sell your invention or product idea to larger companies and can make money or otherwise raise funding. You can show your product idea to possible buyers, and mention “patent pending” on it. This way, you will not have to face the complicated process of getting a patent and you will still be able to protect your invention from getting stolen.

If you are interested in filing an Indian patent application, you must submit some forms and documents which includes:

Many inventors do not apply for patent proception for their invention. Instead, they sell their provisional patent applications to a company or seek investment. By selling the provisional application, the company can test the product and can determine that is it worth to purchase a patent.

However, anyone or a company can steal your idea and you will be left behind without your invention and without money. For example, if you disclose your idea with a manufacturer, or an investor, or so, they can take your idea and use the same. You can avoid such situation by:

You can sell your idea online to a company. While, you won't be making the product, you'll sell your idea that the company will use. If you chose this option, you'll need to sign a document that states you were the one who gave them the idea or has a provisional patent. This will keep you protected if the company wants to sell the idea later.

Signing of an agreement obliges the company to abide by it such as signing a Non-Disclosure Agreement (NDA). This can prevent the company from stealing your product idea. If you have signed an NDA agreement with a company, the company cannot use your idea/invention without paying you. If they do so, they legally break the contract by leaking out your idea. In such situation you can sue the company for breach of contract and ask for your money.

When you seek support from a company immediately asks them to sign a Data Confidentiality Agreement, before disclosing your idea or invention. Some companies will sign a NDA, but unfortunately, most of the sophisticated companies will not enter NDA. So, the number of potential buyers of your idea are limited if you don’t get a patent. You can pitch your ideas to buyers that can sign NDA with you. You can investigate the idea submission policy by searching on the webpage of a company to find out that they would sign the Data Confidentiality Agreement or not. If webpage is not available, you can find people that work for that company through LinkedIn, etc. and ask them if they can sign an NDA agreement or not to listen your product idea. Companies have idea submission policies for e.g., Coca-Cola’s idea submission policy says that you have to make your submission without confidentiality. They ask you to submit non-confidential summary of your idea.

Sell Your Idea to Companies

Another way to sell a product without getting a patent is to work with an invention submission company. These companies are willing to pay you for an idea. Before choosing the company, just make sure, that it has a strong track record. You can submit your idea online, as many websites have programs that let you send your idea for customers who need it. If your idea gets selected, you can earn money. Listed below are some tips for selling your idea to such companies: